WASHINGTON — The Pentagon is requesting $4.5 billion in funds for the European Deterrence Initiative, the second straight year that the department has cut its request for the program. 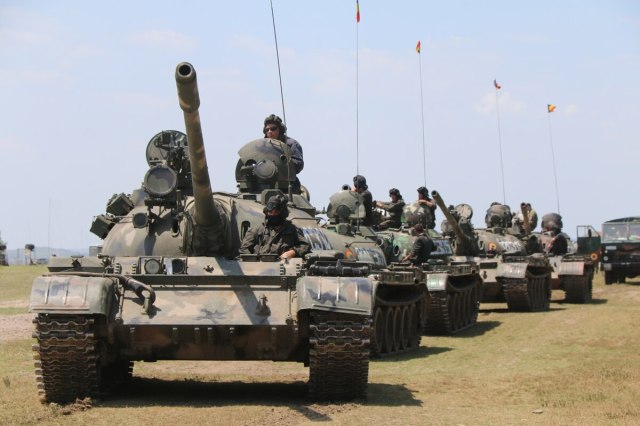 The EDI is a special part of the department’s Overseas Contingency Operations funding, focused on reassuring allies in Europe and deterring Russian aggression on the continent.

The Pentagon requested $4.8 billion for EDI in FY18, a request which grew to $6.5 billion in FY19. The FY20 request, however, dropped it down to $5.9 billion. Congress plussed up the funding to $6.5 billion, meaning the department’s request for this year would be a $1.5 billion cut.

Click here for more coverage of the FY21 budget rollout.

Funding will go towards rotational force deployment and the implementation of previously funded multiyear agreements. It will also support additional exercises in Europe and the prepositioning of U.S. equipment on the continent.

Two European officials contacted by Defense News downplayed concerns, with one saying that a drop in funding is normal given the number of infrastructure projects that are being completed.

Included in the EDI funding is $250 million for the Ukraine Security Assistance Initiative, which can be used to replace any “weapons or defensive articles” provided to Ukraine by the U.S. government. Such funding became a flashpoint in 2019, eventually leading to the impeachment of President Donald Trump, who was acquitted in the Senate last week.

In the last National Defense Authorization Act, Congress requested that the Pentagon submit a five-year plan for EDI in FY21.

← U.S. Navy concludes support of JSDF-led F-35A search and recovery efforts
‘You have to make the best of it’: How US Navy sailors celebrate Thanksgiving at sea →

A year ago on today COVID-19 was declared a global pandemic. It’s amazing we have life saving safe vaccines so quickly and wonderful to part of this mission. Now it’s time to get them to the rest of the US and world! #SinkTheVirus
Happy International Womens Day! Proud to have both amazing women as my current operational and mission commanders.
Time to get vaccinated! Great to see the results from planning we put in motion. #killthevirus